Here are two tips for homeowners who'll be putting up shutters in their homes.

They should choose shutters in a neutral colour

It's best for homeowners to choose shutters that come in neutral colours. The reason for this is that shutters are more of an investment than most other window dressings and also take quite a while to fit, remove or replace. As such, anyone who puts shutters in their home will probably keep them in place for many years. If the shutters a homeowner chooses are, for example, white or beige, and go with most other colours, then they'll have more freedom if they decide to redecorate the rooms where they have these window dressings.

If a person were to, for instance, put up lavender-coloured shutters in their pastel-themed bedroom, and then decided to redecorate and add lots of mustard-yellow accessories to the room, those shutters probably would not match the new bedroom decor. The homeowner might then have to invest in new shutters and go to the effort of replacing their old ones. If however, they opted for white shutters, they wouldn't need to make any time-consuming or costly changes to their existing window dressings. Additionally, if a person wanted to sell their home and include the shutters in the sale, putting up neutral ones that most people would find appealing rather than ones in a daringly bright or unusual colour, it might make the home easier to sell.

They should not remove their existing curtain poles prematurely

Many homeowners who get shutters for their homes end up using them as their sole form of window dressing in each room. This can work well in many properties. However, it's important for those who are getting shutters to not go to the effort of removing their existing curtain poles from their windows, without first considering if they'd like to layer their window dressings. For example, if a person puts up shutters in a room that faces a street or their neighbour's home, they might want to add voile panels to their curtain poles. These sheer panels would provide a bit of extra privacy when the person wanted to keep their shutters fully open during the day.

Additionally, if a person's home is not very well-insulated and gets cold in the winter, they might want to keep some thick curtains up on their curtain poles. The shutters would then allow them to adjust the amount of light that gets into each room during the day, and the thick curtains, when pulled closed at night, would work in conjunction with the shutters to function as a barrier that could reduce heat loss from each room.

For more info about shutters, contact a local company. 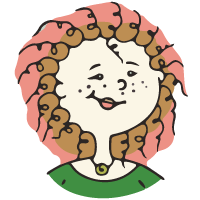 Hello, my name is Tina and this is my new blog. Last year, my husband and I finally finished work renovating our home. We were really pleased with the results until we stepped out into the garden. Compared to the new look of our home, the garden looked shabby and old. I decided that we would need to do some work on the garden also. I had real problems deciding which type of design I wanted to use on my new garden so I called in a home and garden expert. The contractor explained by options and helped me to decide. I learnt so much, I decided to share it here.

4 Eco-Friendly Pest Control Solutions to Consider
24 August 2022
One of the most effective ways to eradicate pests is by using appropriate pesticides. However, not all pesticides are friendly to the environment. Som …

Ideas for Your Bathroom Remodel
16 May 2022
The first task in bathroom remodelling is to work out what you want design-wise. The cost of improvements is crucial too. Here are some ideas to help …